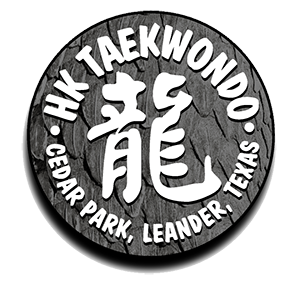 It is not an uncommon occurrence for students to cry in the studio. Especially in today’s day and circumstance, children are having and harder and harder time with their social development. Weeks and months of COVID quarantine and lockdowns has put a halt on socializing in the prime years of development for so many. We [...]

USA Taekwondo is excited to announce the newly established USAT regions will be hosting their first camps in the coming months. Look for these camps to go live with registration very soon. We hope all of you will take advantage of this opportunity to train with athletes from your region and the newly appointed state coaches. Also, [...]

So, what is Taekwondo and why so popular? USA Taekwondo write on their take.

The following is an article written by the World Taekwondo Federation (WTF) - the International Governing Body for the sport. Taekwondo is one of the most systematic and scientific Korean traditional martial arts, that teaches more than physical fighting skills. It is a discipline that shows ways of enhancing our spirit and life through training [...]

WT and the ITF signed a historic agreement

This is an historical moment in Taekwondo history boog In my opinion, this article tells me 2 things. One. Taekwondo has been used to do good to this world. So, use it to bring peace to Korea Peninsula Two. North and South are still talking and trying to make one step closer to stability To [...]

I thought this is something I want to share with everyone https://blog.centurymartialarts.com/martialarts/-raising-empowered-daughters-with-martial-arts?utm_campaign=Centurion%20Blog&utm_content=76800231&utm_medium=social&utm_source=facebook

Check this article out for some ideas to help improve kids' fitness while summer is here!  This kind of thing will support your kids' efforts at Taekwondo. 8 Easy Ways to Improve Your Kid's Fitness

HAMMAMET, Tunisia (April 6, 2018) -- Anastasija Zolotic left no doubt about her being a part of this year's Youth Olympic Games. The Florida teenager marched through her bracket in the female -49kg division to capture the gold medal on Friday as the World Taekwondo Youth Olympic Games Qualification Tournament got underway in Hammamet. Zolotic won six straight [...]